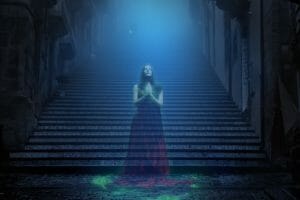 This month calls us to remember the communion we share with all the living and the deceased to mourn the dead and reflect on the meaning of life. Last Sunday two events converged, reminding us of the fragility of life, the threat of terrorism and the need to be peacemakers. The first anniversary of the mass shooting at the congregation of Pittsburgh’s Pittsburgh Tree of Life synagogue called the congregation and the world to remember the eleven people who were killed in an anti-Semitic domestic terrorist attack.

In a very different tone, President Donald Trump held a press conference, announcing that ISIS leader Abu Bakr al-Baghdadi died, detonating his suicide vest when confronted by U.S. special forces late Saturday night. Peacekeeping and defensive operations are necessary functions for the world’s nations, but we cannot overlook the far-reaching toll of terrorism, destroying victims’ lives and those of the perpetrators, driven and consumed by hate.

We who form the Mystical Body of Christ are called to develop hearts of mercy, to pray for those who oppose us and to work for justice, as our Blessed Mother did, standing silent, loving and heart-broken witness as she watched her Son die.