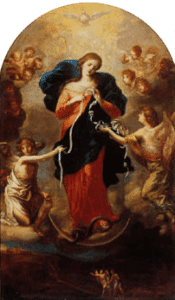 For several weeks the world watched the rescue of twelve members of a soccer team and their coach who had been trapped in a flooded cave in Thailand. None of the possible rescue scenarios was without danger, as the death of Thailand’s former Navy Seal .Saman Kunan demonstrated when after delivering oxygen tanks to the cave, his own oxygen supply ran out. By the time this blog is posted, it is expected the thirteen who were rescued will have been released from the hospital although they and their families continue to need our prayers as they cope with memories and international fame. We should also pray for Kunan’s widow who told those rescued not to blame themselves for her husband’s death. In the days leading to the rescue, the boys had become everyone’s children. The lesson and the challenge is to remember that everyone we meet is someone’s child. As disciples of Christ, we are called to act in right relation to the world and to one another. While most of our decisions will not involve life or death situations, some complicated situations might freeze us in indecision. In those times, let us turn to our mother as Mary, Untier of Knots. Depicted in a painting by Johann Georg Melchior Schmidtner, Mary receives the knotted ribbon of human problems, unties it and passes it on to another angel. Mary will companion and encourage us through life’s most complicated challenges.