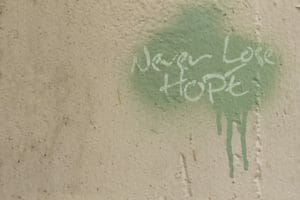 This week has called us to hope and action. On Monday we were reminded of Dr. Martin Luther King, Jr.’s dream of unity. And today we end the octave of prayer for Christian unity, joining our prayer to Christ’s, “That all may be one.” Both Dr. King and Jesus spoke their hopes while expecting to meet violent death before their dreams could be fulfilled. Last week Jason Spindler was among the people who died in the Al-Shabab attack in Nairobi. Having survived the 9/11 World Trade Center attack, Spindler left investment banking and eventually focused on social entrepreneurship, wanting to counter terrorism with collaboration and good will. While most of us will never face such danger, we are all obliged to follow the example of those servants at Cana who followed Mary’s direction: “Do whatever He tells you.” God will bless our efforts, even if they seem water-thin.