Kurds And Syria Call For Peace 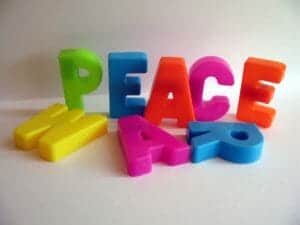 Last week following the withdrawal of United States troops from northern Syria, images of war and those fleeing from war flashed before us on small and large screens, calling us to stand in solidarity with those who mourn and suffer. While no one would argue against President Trump’s stated goal of not engaging in “endless wars,” many expressed concern at the suddenness of the withdrawal of support for the Kurds who had been important allies in our efforts to defeat ISIS. As the week progressed and Turkey’s military action increased, Russia is said to have facilitated a deal between the Kurds and Damascus. The Kurds will surrender the border towns of Manbij and Kobane to Damascus; in return, President Bashar al-Assad’s army will join the Kurdish troops defending the northern Syrian border. May Mary, Mother of Sorrows and Queen of Peace, comfort those affected by war and inspire our leaders and all of us to be peacemakers.