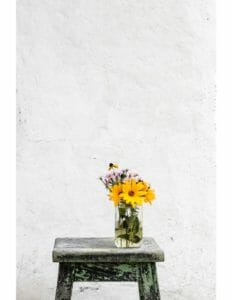 July 4th called us to remember once again the ideals affirmed in our country’s founding documents. On Thursday, June 29th, five staff members of the Capital Gazette, a local newspaper in Annapolis, Maryland, were murdered, apparently targeted by a gunman who in 2012 had made an unsuccessful attempt to sue the newspaper group for defamation. In a time when journalists are increasingly under verbal and sometimes physical attack, the tributes to the slain workers – four journalists and a sales associate – remind us of the true vocation of the news media to seek and publish the truth so that the rest of us might be informed and engaged citizens in the local, state, national and global communities in which we live. May our Blessed Mother give comfort to all who mourn and to all who have suffered violence. And may we all look to Mary as one who sought and followed the truth, for when the angel announced God’s plan, Mary’s first response was an open-minded and open-hearted question: “How can this be since I am a virgin?” Assured that the power of the Holy Spirit would accomplish God’s will, Mary said yes to God with her words and her life. May we follow Mary’s example in seeking truth and following the Spirit’s promptings.